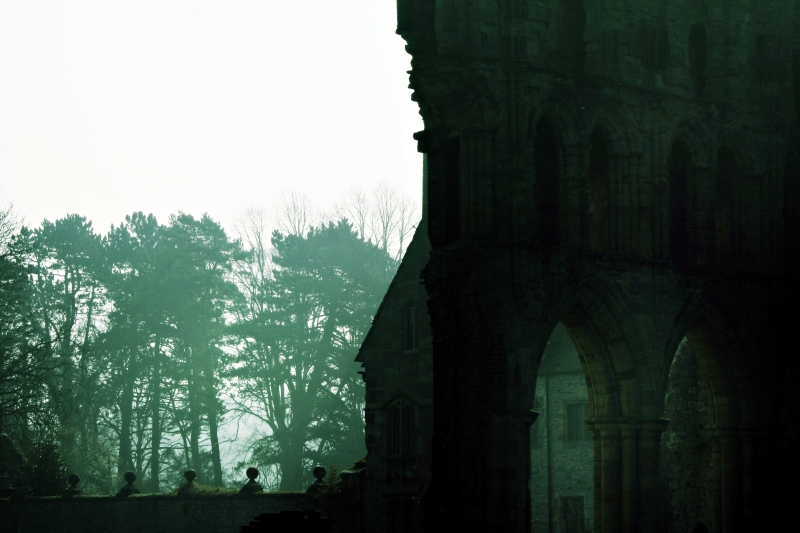 Wenlock Priory nestles at the end of an eighteen-mile-long limestone escarpment, the Wenlock Edge, found near the Welsh-English border in Shropshire, a county of rolling and ageless countryside.

The Priory became an unfortunate victim of the architectural slaughter committed during the dissolution of the monasteries, and now stands as a ruined relic of the monastic order of Cluniac Benedictines, dating back to ad. 1017. The preserved medieval Priory house was to later become the cultural centre of the town, where literati were warmly received by members of the Milnes Gaskell and Wynn families, who had purchased the Priory house and monastic ruins in 1857. Among the guests were J.M.W. Turner, Henry James and Henry Adams.

A member of one of America’s most powerful political dynasties, Adams was the grandson of John Quincy Adams, the sixth President of the United States, and great-grandson to it’s second President – John Adams. Henry James referred to Henry Adams as the “philosophic father” to the American people.

Widely travelled, Adams had considerable residencies in both Paris and London. It was from one of his stays in London that he was to venture north to Wenlock Priory, dining at the home of Charles Milnes Gaskell, who had recently bought the residence. A charming specimen of 15th century architecture, the Priory house had been adapted from abbots lodgings to functional farmhouse following the suppression of the monasteries. Generations on, the building slipped into decay. Adams was one of the first to visit the newly restored house, following the efforts of the Gaskells. 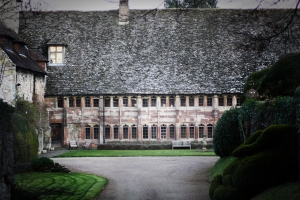 By 1870, Adams had become increasingly familiar with Shropshire, and it was the part of his nomadic education which he loved best; to ramble along the Edge on a summer afternoon “looking sleepily through the summer haze towards Shrewsbury or Caer Caradoc” observing an environment of “interchangeableness.” He was to take refuge within the “profound peace” of the Priory after fleeing Paris and the Franco-Prussian War, where, amongst the quiet, he was to receive correspondence from the President of Harvard University, declining an invitation for a professorship. At Wenlock Abbey, Adams was able to completely escape the turmoil of London life, as he wrote in his treatise on ‘Education’: “Ones instinct abhors time. As one lay on the slope of the Edge….nothing suggested sequence.”

A letter to his brother, Charles Francis Adams Jr, (a Colonel serving in the Union Army) dated 7th October 1864:

“My first visit to Wenlock was very enjoyable. God only knows how old the Abbot’s House is…Such a curious edifice I never saw, and the winds of Heaven permeated freely the roof, not to speak of the leaden windows. We three, Mrs Gaskell, Gask and I, dined in a room where the Abbot or the Prior used to feast his guests; a hall on whose timber roof and great oak rafters, the wood fire threw a red shadow forty feet above our heads. I slept in a room whose walls were all stone, three feet thick, with barred, square Gothic windows and diamond panes; and at my head a small oak door opened upon a winding staircase in the wall, long since closed up at the bottom, and whose purpose is lost. The daws in the early morning, woke me up by their infernal chattering around the ruins, and in the evening we sat in the dusk in the Abbot’s own room of state, and there I feld forth in grand after-dinner eloquence, all my social, religious and philosophical theories, even in the very holy-of-holies of what was once the heart of a religious community.
Wherever we stepped out of the house, we were at once among the ruins of the Abbey. We dug in the cloisters and we hammered in the cellars. We excavated tiles bearing coats of arms five hundred years old and we laid bare the passages and floors that had been three centuries under ground.
Then we rambled over the Shropshire hills, looking in on farmers in their old kitchens, with flitches of bacon hanging from the roof, and seats in the chimney corners, and clean brick floors, and an ancient blunderbuss by the fire-place.

In my short visit to Shropshire was a species of quiet success, so curiously different from the usual stiffness of English society, that I shall always feel a regard for the old barn, though it was as cold a place as one wants to be near.”